Fact-checking five rumours about the way search is changing

Rumour 1: Mobile is changing everything in SEO

We now live in a mobile-first world. And one of the key learnings for SEO is how people search for different things on mobile versus desktop, as this graphic shows.

Questions from a representative sample of keywords showing % of searches made on desktop, rather than mobile devices

The typical questions people search for on desktops are clearly more involved, complex and time-consuming. People are happier to spread their research over multiple sessions and they are more likely to involve long-form content and longer videos. By contrast, mobile users tend to ask different questions which can usually be addressed with fast, direct and short answers.

So, your content needs to be shorter for mobile searches. This is shown very clearly by our analysis at Searchmetrics of US healthcare data. When you compare desktop vs mobile content in the top 20 Google search results – high ranking mobile content is 30% shorter on average, with much shorter lists than desktop. This is all logical – you have less screen real estate on your mobile device and less time to view it.

All of this means that addressing mobile searchers is not as simple a case of having the same content (for mobile and desktop) and using a responsive website. Your content has to be different and has to be optimised for the context of mobile users.

One interesting example is the number of “Near Me” searches (such as jobs, stores or restaurants near me). These are rising fast and have high volumes of people who are ready to convert. Given that the majority of these are going to be from mobile devices, you need to create unique content for these searches which is optimised for mobile.

Actually, my own analysis shows that there is only a 6% difference between the mobile and desktop ranking positions for any domain, when averaged over a lot of keywords. You could use this to assume the need to create specific content for mobile is not such a huge point to worry about. Or alternatively it could be an opportunity, with Google being forced to show desktop content which is not ideal for mobile only because so many sites are not producing very good mobile-specific content.

Increasingly now, the search community is beginning to accept that SEO and digital marketing teams no longer have to unnaturally shoe-horn every specific keyword they want to rank for into the copy on the page. You can focus instead on researching and optimising for topic clusters (overall topics) and the search intent you’re targeting.

A good way of demonstrating this evolution away from exact match keywords is to look at three common (and interrelated) sets of search results: “headache cures”, “headache relief” and “migraine remedies”.

All three essentially cover the same topics – and if you went to a pharmacist, they’d normally give you the same medicines to cure them all.  So, you’d expect the same pages to be visible in searches for all three.

So, Google is getting more sophisticated and knows that, for example, headaches and migraines are broadly the same. It is more clearly able to recognise synonyms and similar words or topics. Accordingly, you don’t have to religiously optimise for the exact same chain of keywords if you want to rank for a set of search terms.

Rumour 3: “Entity-based indexing” is going to change everything

Google defines an entity as, “A thing or concept that is singular, unique, well-defined and distinguishable.” It could be a celebrity, a brand, a historical/well-known fictional figure, a book or a political movement. The search engine is starting to recognise when people are searching for entities and its Knowledge Graph is a comprehensive database of entities from which it can pull background information and images to show in the search results.

It can recognise and return information on entities irrespective of the specific words or spelling people type into the search box.

So, if you search for “Young kid actor with weird eyebrows” on Google, it returns results for William Jack Poulter, even though there’s no exact match for that phrase on his Wikipedia page.

To take the concept of entities a bit further, Google announced in January 2020 that it would let people search multiple online shops for specific clothes or accessories (such as “running shoes” or “jackets”) on their mobile devices. Essentially it can find the same jacket (the entity) in multiple stores and at different prices.

This all seems incredibly powerful. However, Google still has limited Natural Language Processing (NLP) capabilities for some languages, meaning it is unlikely that it is already very good at this in all languages. For example, the retail search facility highlighted above is currently only rolling out in English in the US. And Bing’s entity-based capabilities are similarly limited when it comes to languages.

Overall, the takeaway is that entity-based indexing in search is a really interesting area that might well change search in the future – but it’s unclear how much just yet. Especially when you go beyond US English searches.

We wanted to test this theory out, so we crawled the web, looking at 10,000 keywords and running 200,000 audits using Google Lighthouse (Google’s own set of automated tests that webmasters can run on their websites and includes audits for performance, accessibility, progressive web apps, SEO and more).

When you look at the results, higher-ranking websites performed well in Lighthouse audit tests for performance and speed (see chart). However, you could argue that is correlation not causation. So, it can’t be considered to be definitive.

All the same there are many individual examples we have come across where improving performance and speed improves rankings and visibility. For instance, Carousell, an Asian ecommerce marketplace, was suffering with poor performance, with a Lighthouse audit score of 17 out of 100 for speed tests. By simply optimising speed, bringing this audit score up to 84 and reducing page load time by 65% (without making any changes in other areas such as accessibility, other best practices or SEO) it produced a 63% increase in organic traffic.

A second site, a client of Searchmetrics, managed to cut page load times in half (from 8 to 4 seconds), leading to a 40% increase in SEO Visibility.

All the evidence suggests it definitely helps to have a faster website if you want to be successful.

Rumour 5: Voice search will change everything

We’ve all heard this one, and we’ve all played with the likes of Siri and Alexa. But will voice really have as dramatic an impact as some people are saying?

One study produced by Stone Temple found that roughly half of respondents were annoyed by people near them searching by voice on their phones. I get the same response from my colleagues about my own voice searching. So, one important point is that in many situations when other people are around, it is still not considered acceptable to use voice search (this may change over time as people begin to view talking to devices as more normal).

One thing that voice search has already changed is the length of typical search queries. People speak naturally to their device when searching (i.e. use natural language), meaning that the average length of voice searches is longer than typed searches. So, if you are doing keyword research, you now need to look at longer keyword phrases, particularly if you are targeting younger audiences or tech-savvy consumers who are the early adopters of voice search.

Google has not released any data on voice search and keywords that people use for searching. However, there is data that suggests that in the US there are over 2.6m searches a month using the phrase “OK Google”. In the main these are likely to be people attempting to speak a command into their device and ending up accidentally performing a search. In fact, there are over 100,000 people a month that get confused and perform searches for “Ok Google, OK Google!”. And even over 20,000 frustrated people a month searching for “Ok Google, Ok Google, OK Google”.

Other than drawing our sympathy for some people who are making these accidental searches, this kind of data and the fact that people haven’t yet accepted others speaking to their devices in public suggests that voice search is probably still in its infancy. There are still very few examples of genuine voice-based ecommerce.

All of this means that voice search is not yet a gamechanger and is far from having the over-arching impact on the lives of SEOs and content marketers that many people believe it one day will. But it is worth understanding how it differs from text searches and taking this into account when doing keyword research.

Overall, the SEO industry does produce a lot of rumours and speculation, mainly as everyone is trying to understand and second-guess the algorithms that drive results. Therefore, it’s worth taking the time to investigate and stay on top of the rumours – while they aren’t always 100% correct, analysing them usually provides useful takeaways for your activities.

Fact-checking five rumours about the way search is changing

Thank you! Your submission has been received!
Oops! Something went wrong while submitting the form.

How can brands connect with increasingly digital consumers in the age of privacy?

The COVID-19 coronavirus pandemic may be wreaking havoc through our healthcare systems, financial markets, social structures and daily lives. But it’s also leading to a massive and abrupt surge in digitalisation as consumers, families and communities take up digital services and form new habits to lead their lives and stay in touch online.
Marketing

Across the marketing industry, the customer experience is more of a focus than ever before. Thanks to companies like Amazon, Netflix and Spotify establishing themselves as market leaders by creating a seemingly effortless customer experience – personalised, tailored and intuitive – the bar (and customers’ expectations) has been set for any other company that wants to do business in 2020.
Marketing

How SEOs can benefit from using AI and automation

Today, optimizing for search is optimizing your customer’s experience. As people query a search engine on their laptop, ask a voice assistant for help, or use their mobile device to find nearby solutions to their needs, brands must be positioned to appear in these critical decision-making moments.
Marketing

Content marketing has seen a lot of changes in the last decade. In particular, social media has had a profound impact on the digital landscape, reflected in the increasing number of platforms – and features on those platforms – that marketers have to grapple with.
Design

The value of user experience design for brands with ecommerce websites

Most marketers are familiar with the concept of user experience (UX) design in relation to their brand and ecommerce website. But many may not necessarily have had the opportunity to examine the real value it can bring for their customers, their brand and their business. 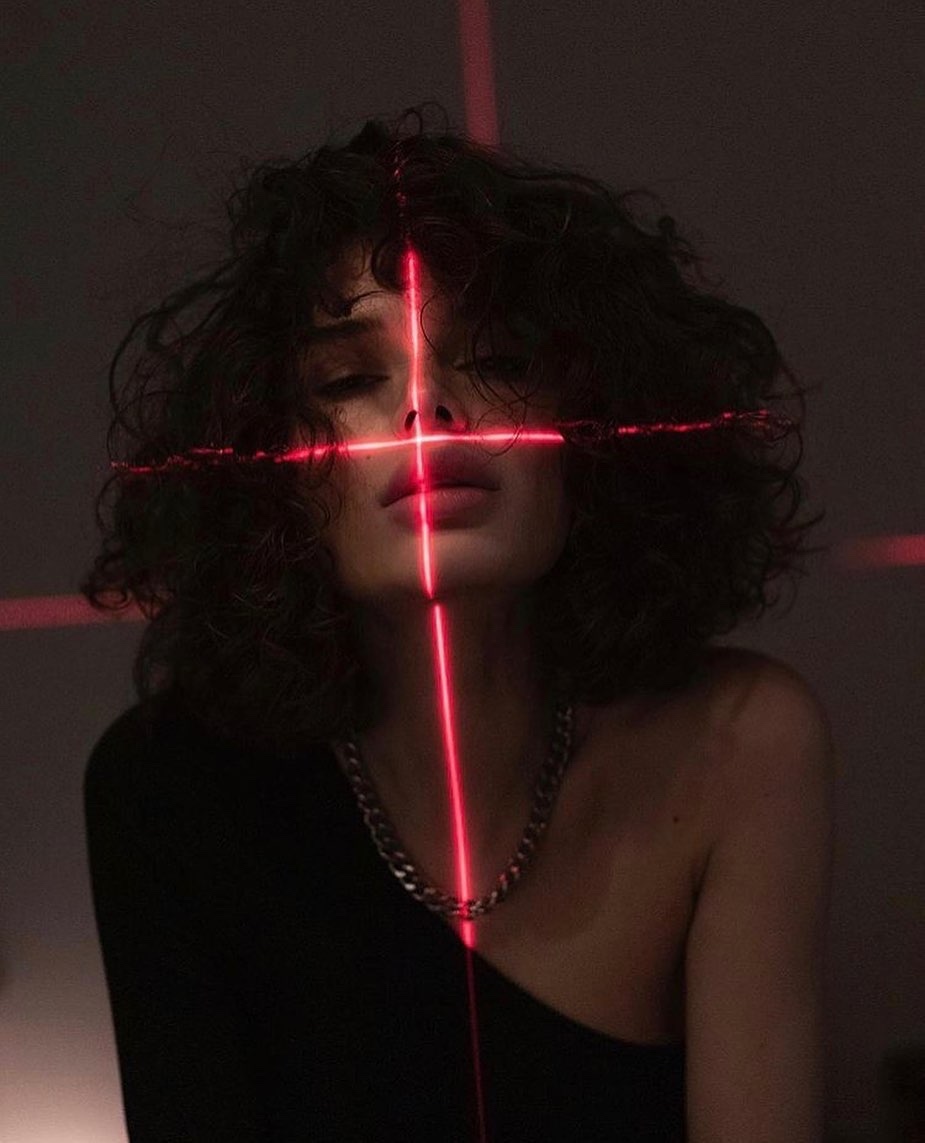 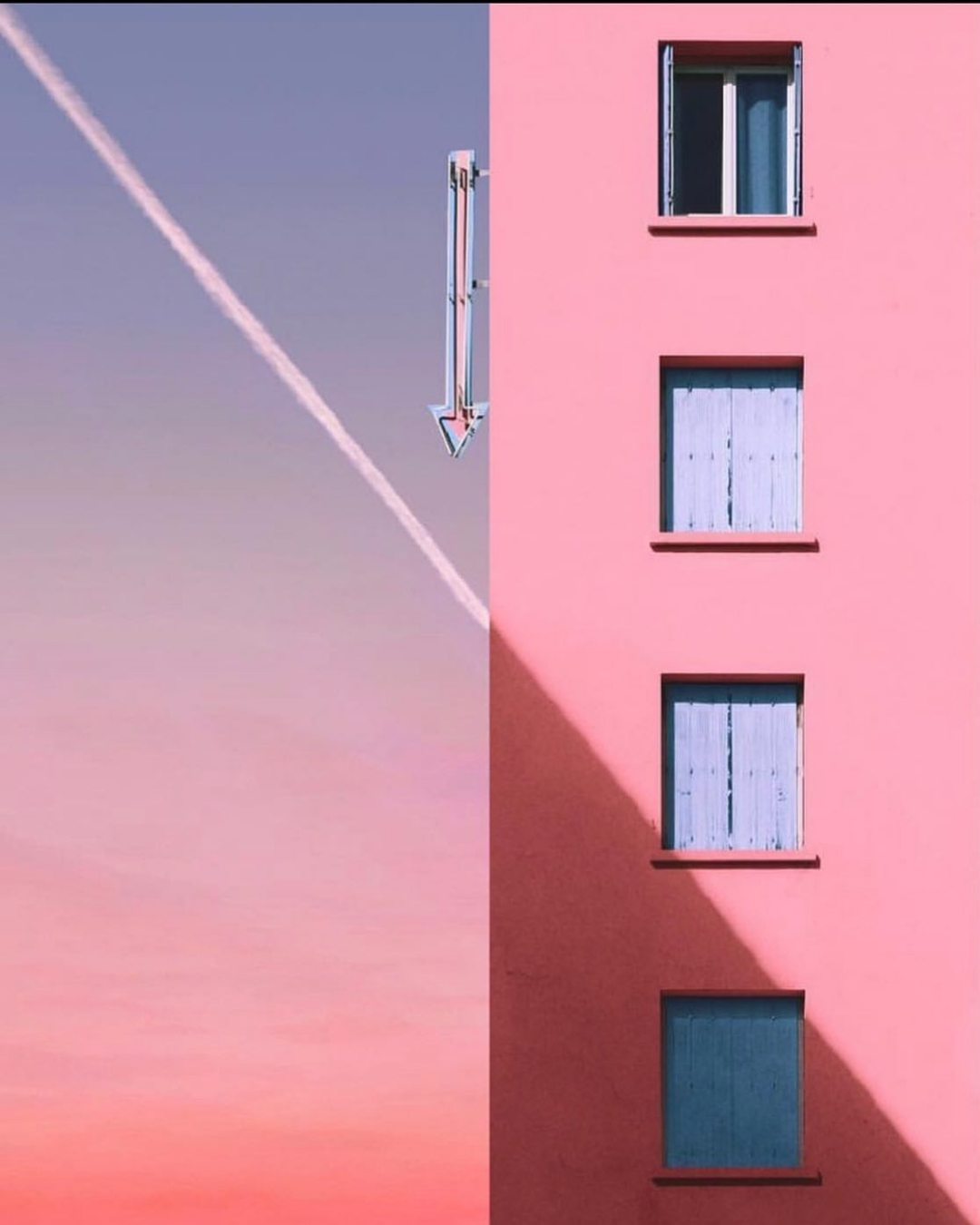 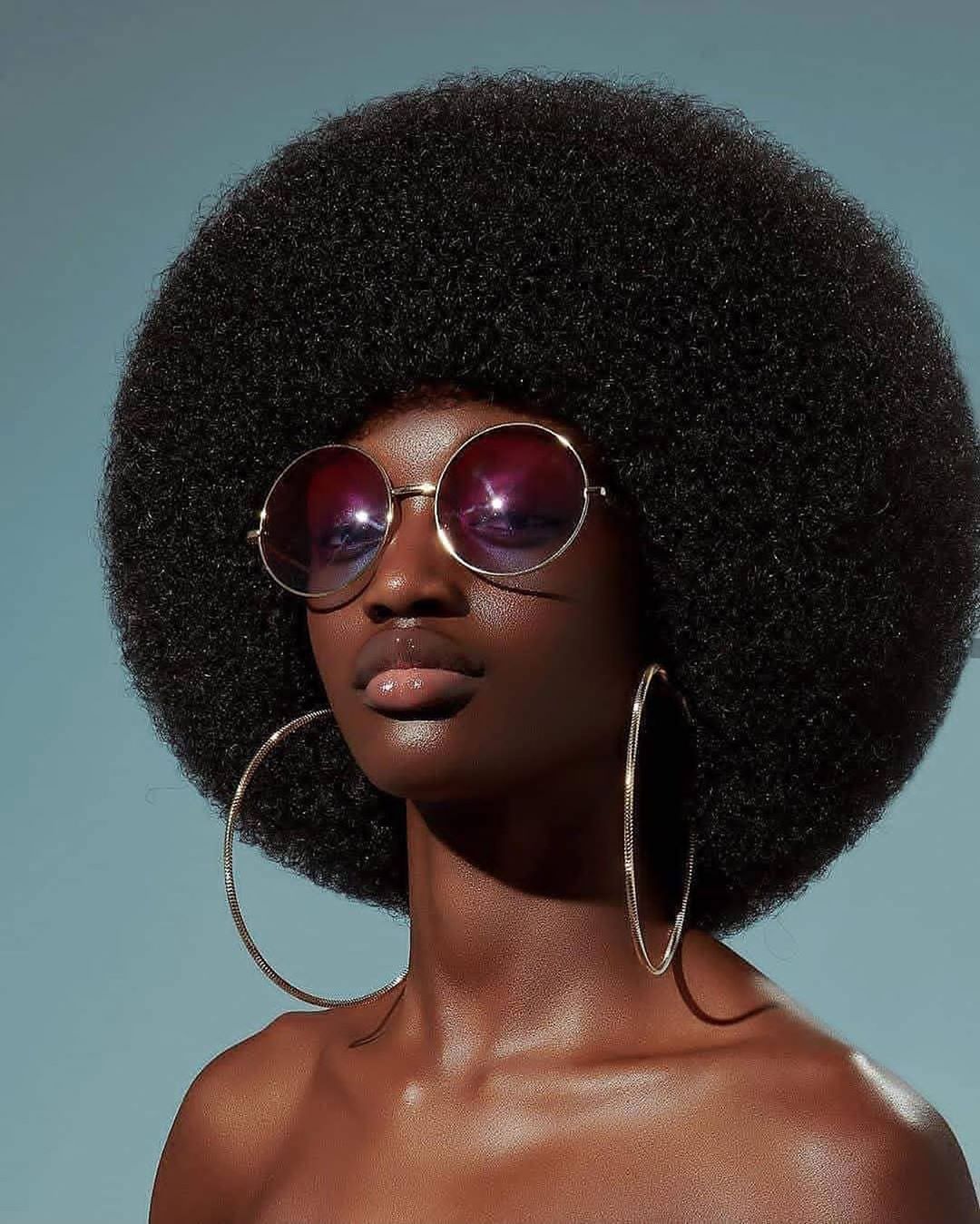 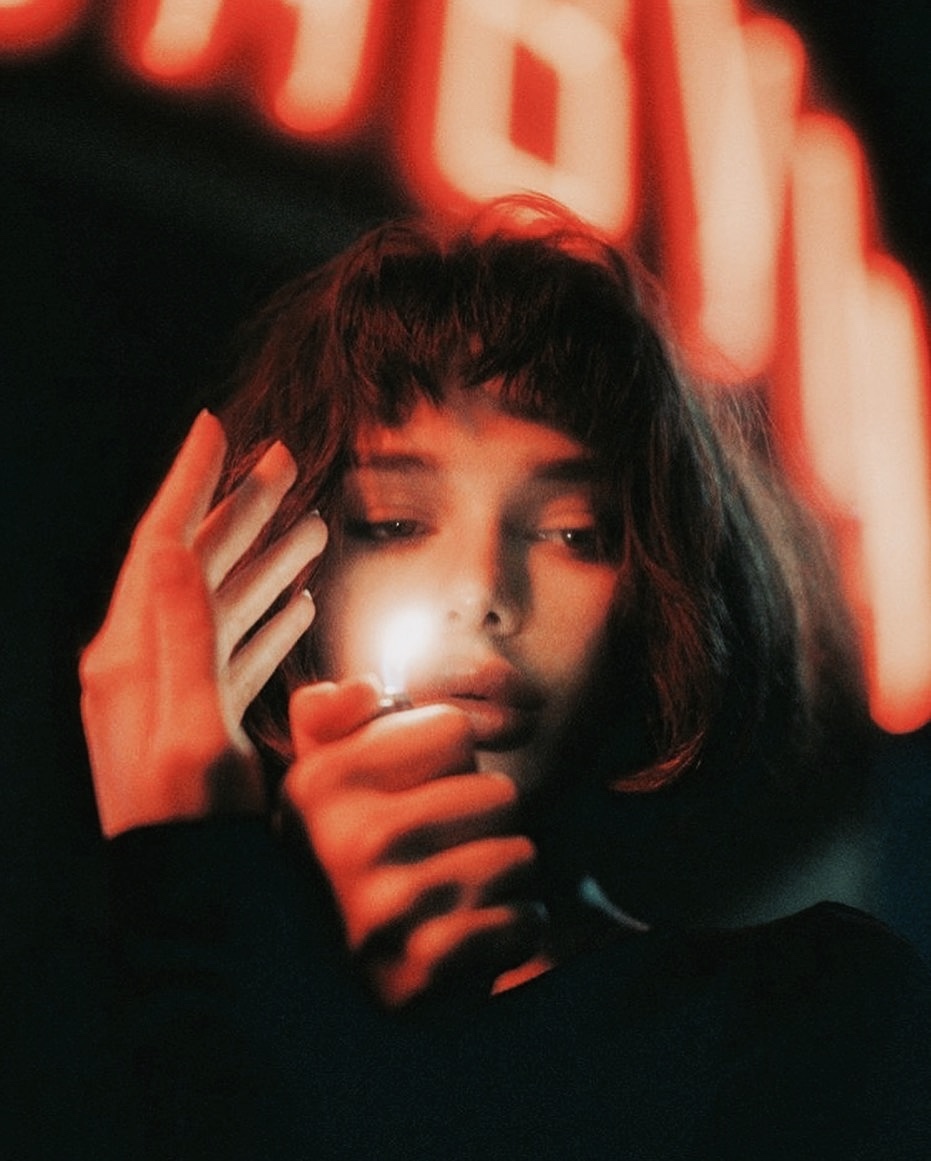 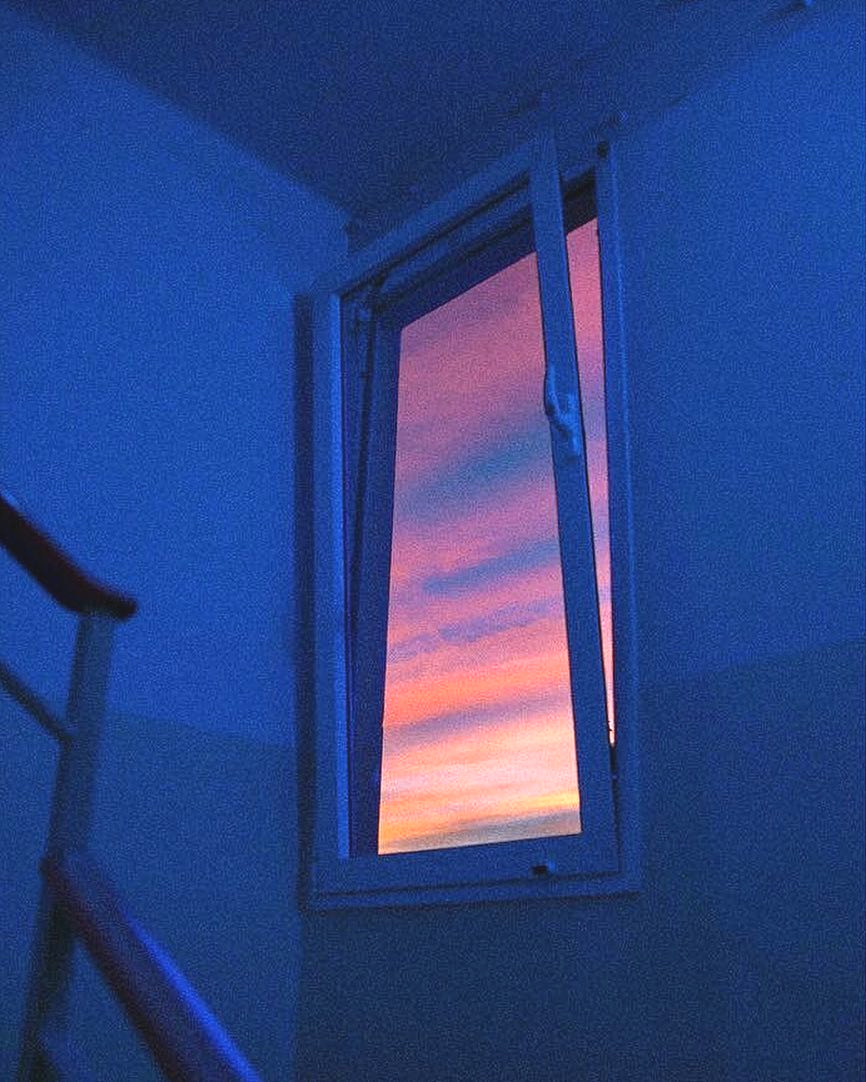 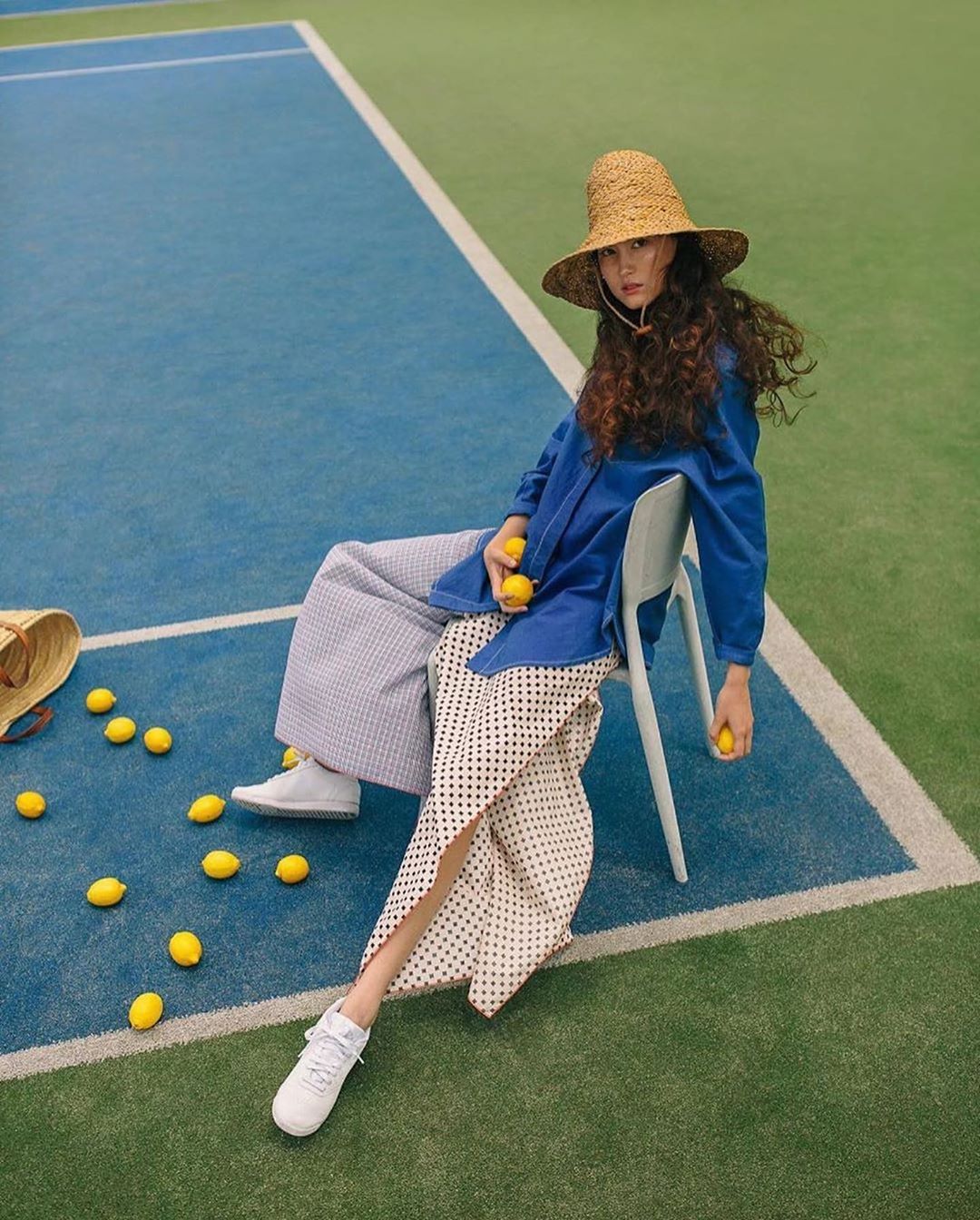